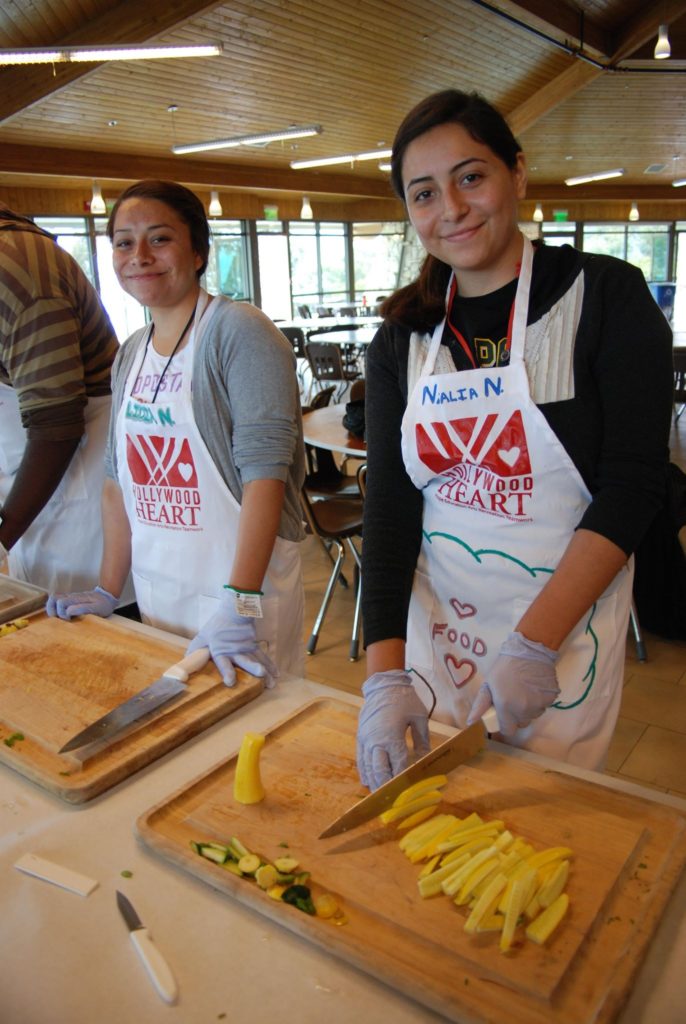 Natalia and Lidia first attended camp 5 years ago. They went to Camp Hollywood HEART in Malibu, California. Since 1995, One Heartland has offered this camp in partnership with local organization Hollywood HEART. It’s a week-long camp for young adults, ages 15-20, who are living with of affected by HIV/AIDS. The program is completely arts-focused with programs in film, writing, dance, and culinary arts. The two sisters chose the culinary arts track and had an unforgettable camp experience. Natalia remembers, “The experience of camp was the only vacation I ever had – it was a gift to us. It’s just one week, but it changes your life. The relationships and connections you make stay in your heart forever.”

Now 23 years old, Natalia works at Radiant Health Centers, a network of testing and care centers for people affected by HIV/AIDS in Orange County, CA. In her role as Family Programs Coordinator, she organizes clothing and supply drives, holiday events, support groups, youth outings, and more for families affected by HIV/AIDS. She started at Radiant Health Centers at the age of 19 – just two years after her first summer camp experience. Natalia is still in awe that she has come so far so quickly and says, “It’s the least I can do to return all the gifts I was given.”

Perhaps one of Natalia’s favorite parts of her job takes place every August. She organizes a 3-day summer camp experience of her own creation for 90 of her clients. Along with 20 volunteers, she creates a camp experience for young people and their families much like the one she was given at Camp Hollywood HEART. This will be Natalia’s third year running her camp. Natalia applies the leadership, creativity, and love she experienced at Camp Hollywood HEART to her own camp. When up against a hurdle, she often asks herself, “What would One Heartland do?”

Natalia is not the only one whose life has been forever changed by camp. After being introduced to the world of culinary arts, her sister Lidia fell in love. This year Lidia will graduate from culinary arts school and is working hard in her second internship at a gourmet restaurant. The family knows that the exposure to this field through Camp Hollywood HEART was the only way Lidia would have ever discovered her passion – they couldn’t have afforded other cooking classes for her as a teen.

Natalia sums up her camp experience in a way that many of our campers do: “I will never, never, never forget it.”