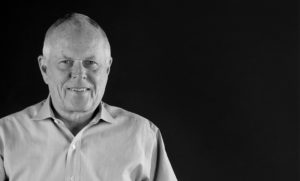 We are deeply saddened by the loss of our friend Pat Fallon.

In the 19 years we have known Pat, he has been there for us again and again. In 1997 Pat was there when we desperately needed a labor force to help get camp ready for opening day. Pat sent a busload of employees, himself included, and they worked tirelessly until we had achieved the goal. Thanks to Pat, we were ready for our campers who so desperately needed a safe haven. There have been busloads of Fallon volunteers coming to camp every summer since.

In 1997, we were Camp Heartland, a camp for children impacted by HIV/AIDS, and to many, the disease was still taboo. But Pat Fallon had no reservations about helping us. He jumped in head first. As the years went on and we expanded our mission, Pat and his team re-branded us and continued to support us through the volunteerism of the agency. Thanks to Pat, we became One Heartland.

Pat was a gentle man who had such a big heart and was committed to social activism, which was something he incorporated in his team. He will live on in our name and the history of Fallon’s work every summer at One Heartland.

Read more about Pat’s life and legacy at the Star Tribune and Minnesota Public Radio.